After months of structural improvements this month I started with adding more playable content to the game. The first thing I did was adding the wizard tower to the world. Here is a picture: 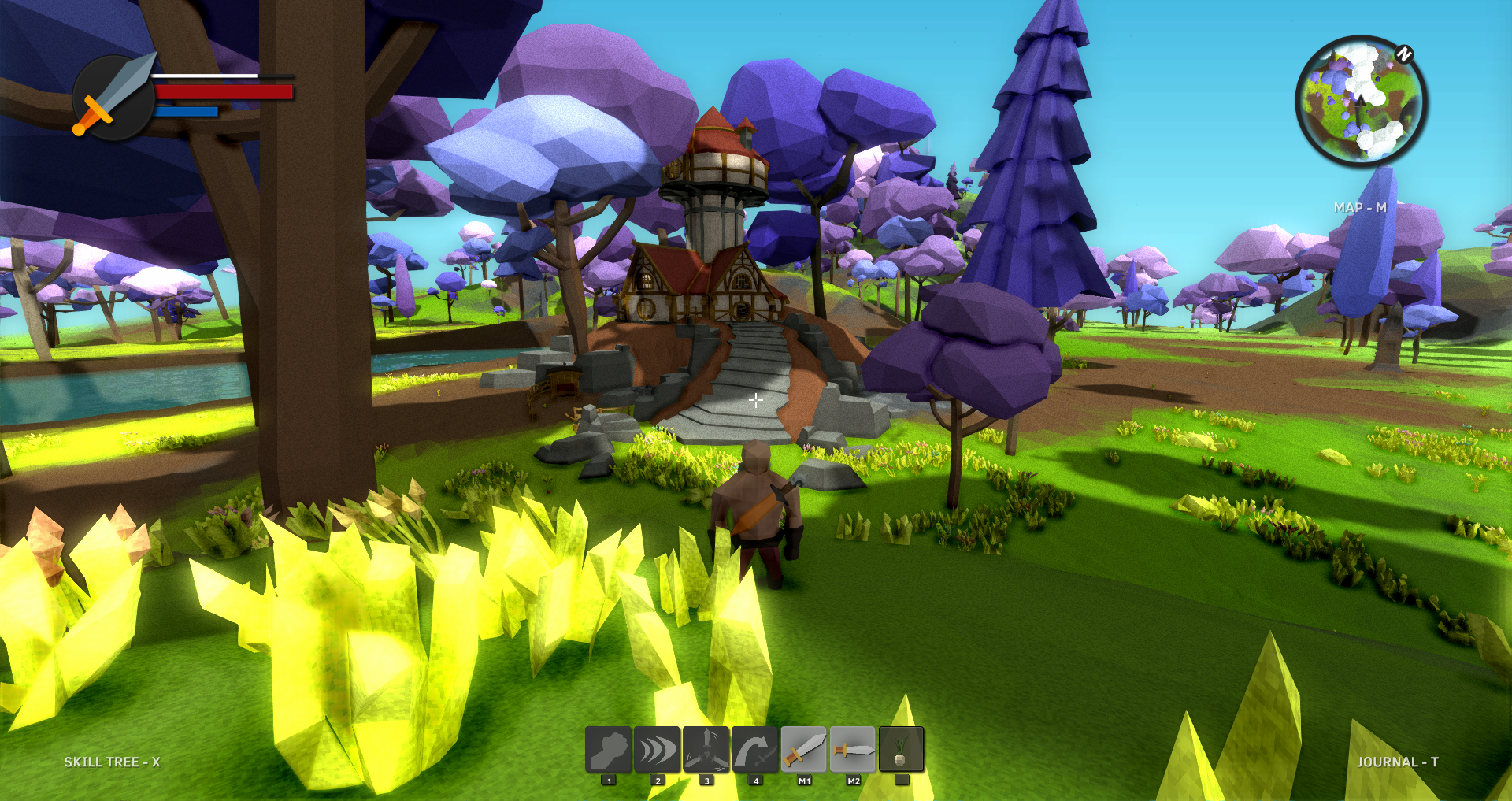 I also worked on adding new creatures and mobs into the game. Here is a collage of some (not all!) pictures of the new mobs. This will help in making the overworld feel more diverse. Most of these new mobs are ridable and can become pets. Here is the collage:

A crow mob was also added. It does not spawn on the overworld but it can be obtained as a pet and it also can be invoked via the Raven skill from the archer skill tree. Here are a few GIFs:

Because crafting requires collecting several different item types, I increased the inventory size by a row (10 units). In the future I will add items that allow you to have additional space but this change will be sufficient for now. 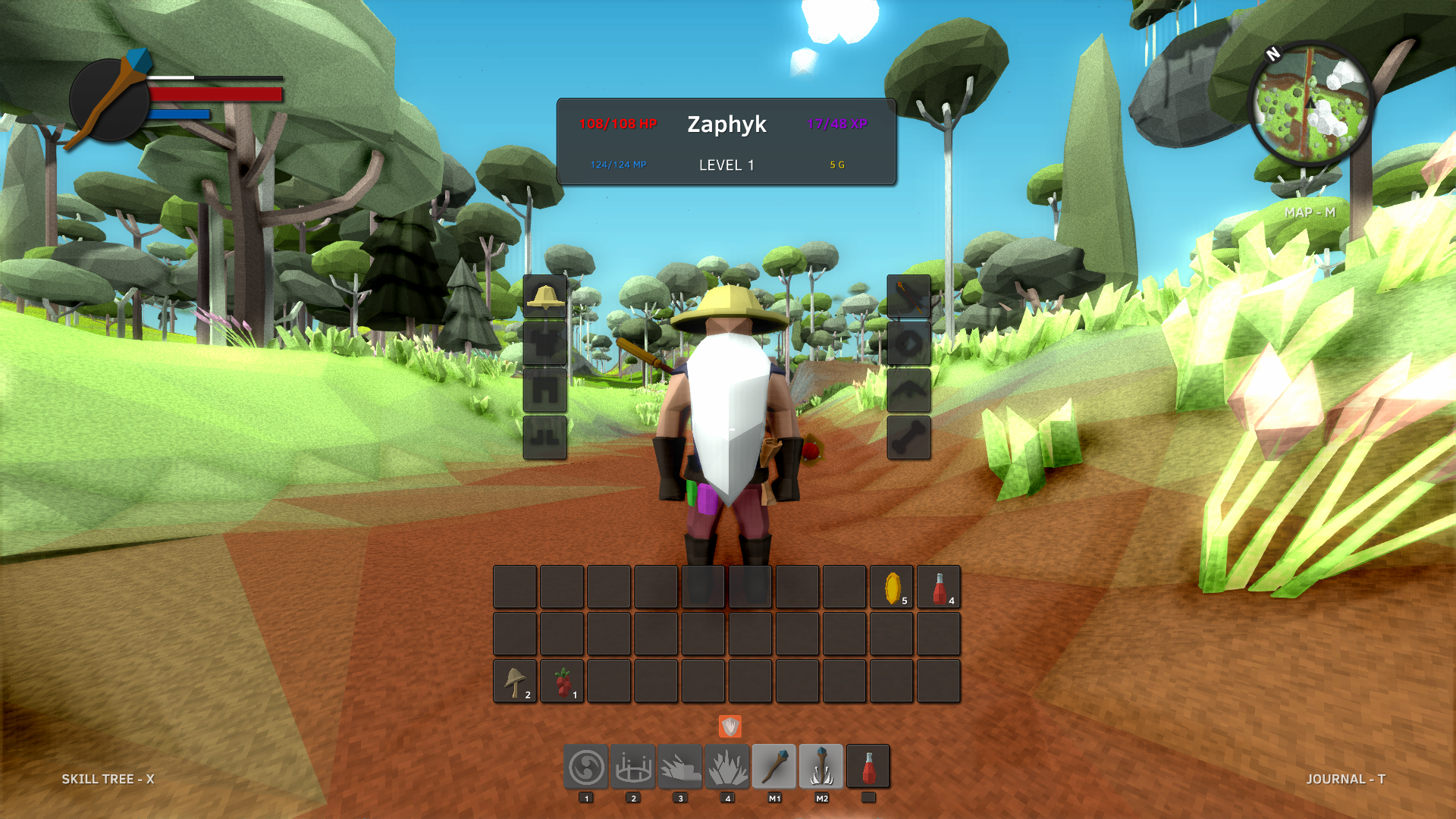 On the art side, afro has been working on finishing up the previous boss. Here is an attack animation he made for it: