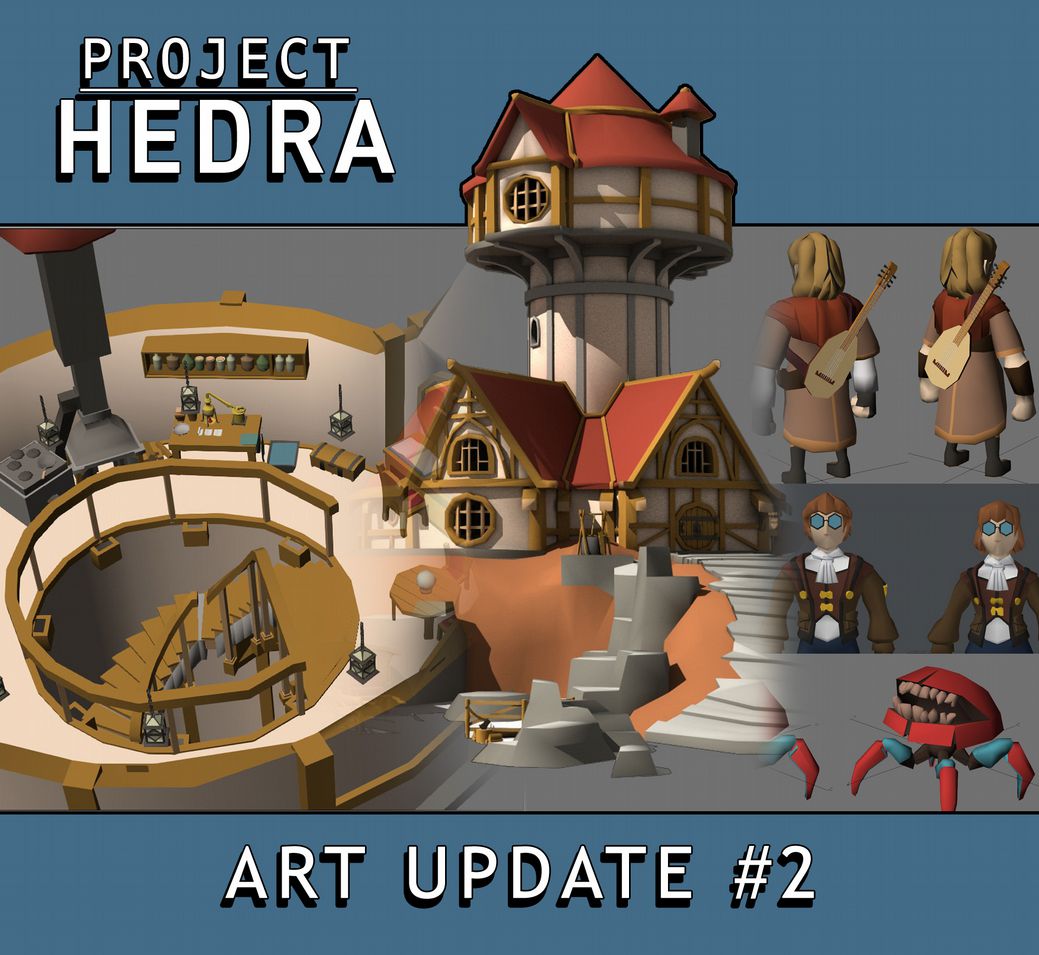 It has been some time since I spoke up. Normally, I lurk the discord in some minor state of closed-door development on the game, so most of my work doesn’t actually see the light of reddit or any forum, but Zaph, as of me entering the main quest arc of development, said I should post at least SOMETHING. Here it is; pardon the rambly format.

I was in the midst of a royal pile of props and set dressing. In fact, I still am, but in the process of modeling, new locations have been introduced to the game archive. To start, villages are now fleshed out. This basic house, for instance, is a solid marriage of architecture modeling and handy set dressing. 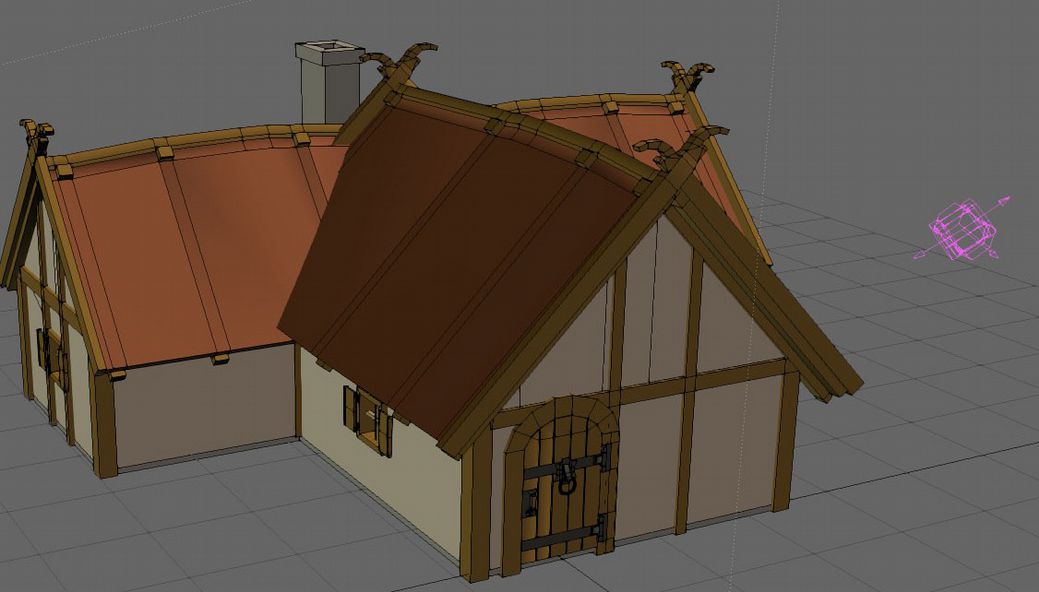 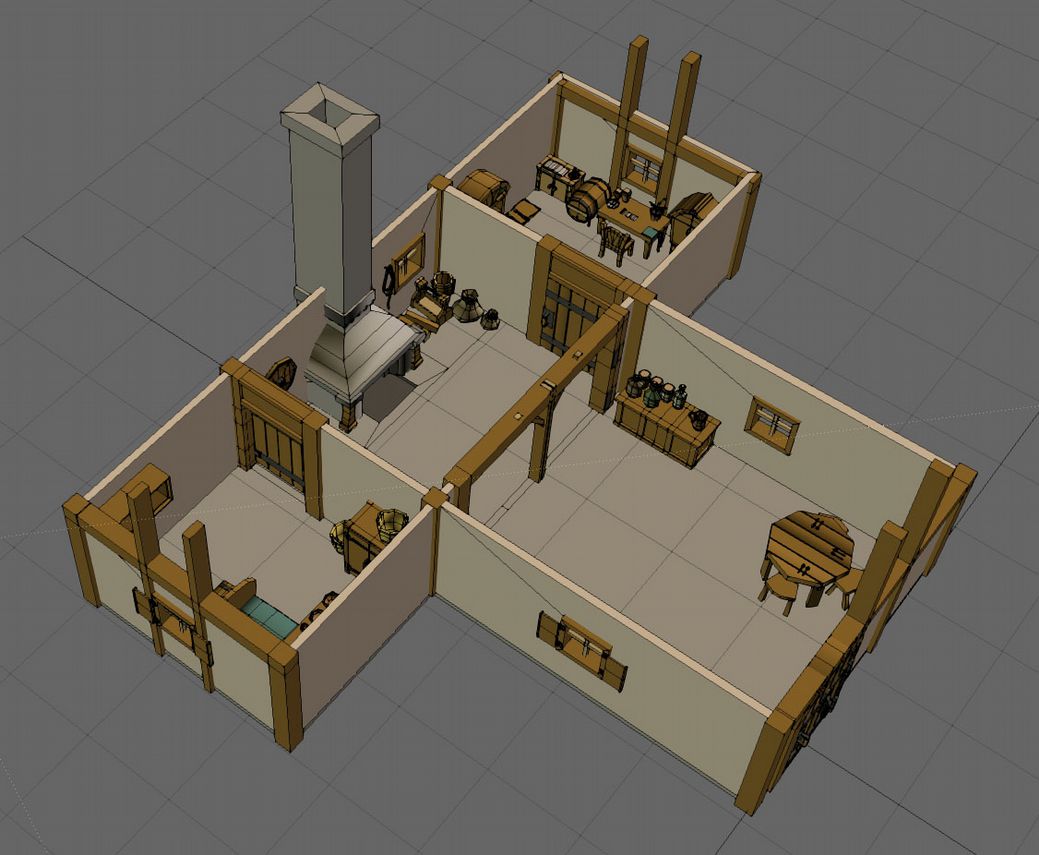 Let’s skip forward a bit to a more complex buildings…

Modeling comes inn three phases for most buildings. First I figure out what’s going to be IN them, and model all of those props and set dressing first, then I floorplan the roam space, and then I model around the needs of the player and npcs. That way everything is not too spacious and not too cozey, although there are some grovelings about not having enough jump room here and there, but ‘cest la vie.’ 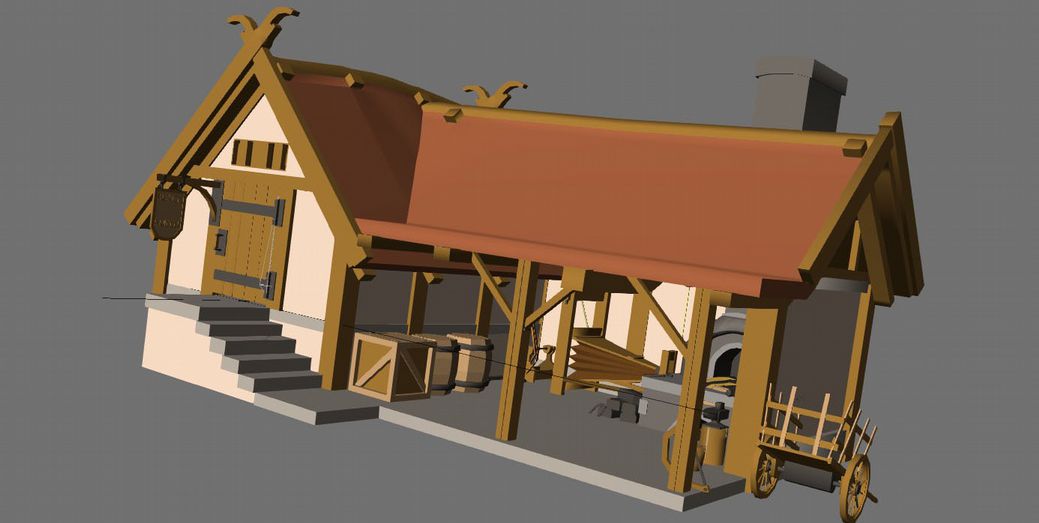 By modeling this way, we avoid the weird spacial paradox other rpg’s (like TES4/5) where sometimes you walk into a tiny building and end up in an expansive labyrinth of rooms. It doesn’t make sense, to be frank, but players accept it as just part of the game’s quirks.

Weirdly enough, this introduces a bit of strain on the engine when ambitious building designs are introduced to the world. One such building pushed back engine development a bit to micromanage polygon loading in a faster way. This was none other than the nordic wizard’s tower. 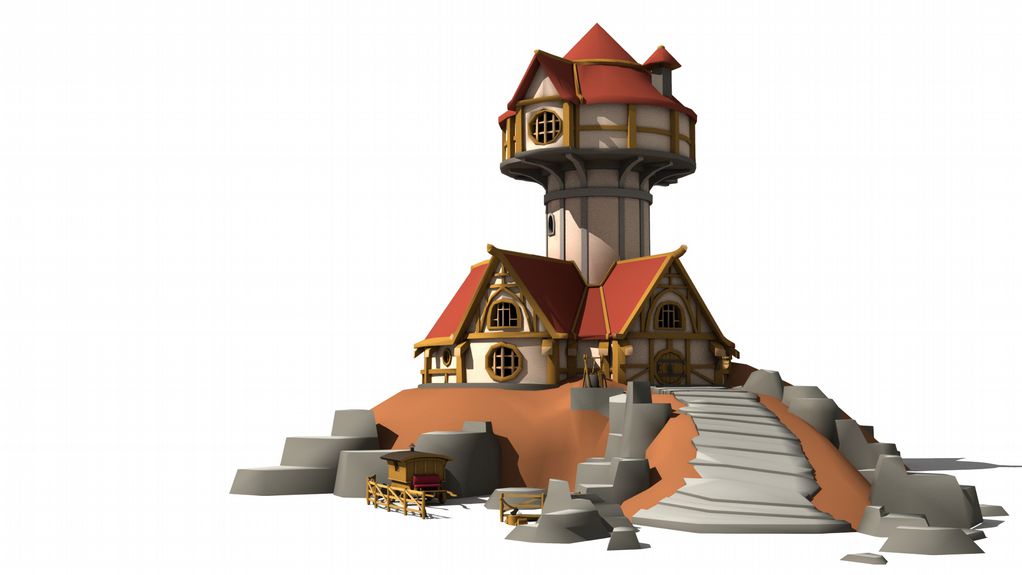 After those issues were delt with however, we were able to finally begin working with dungeon, crypt, and fortress concepts. These are still far off from being complete, but will add some content specifically for people who are found of a good crawl every so often. The same philosophy has been applied to these as the other buildings. 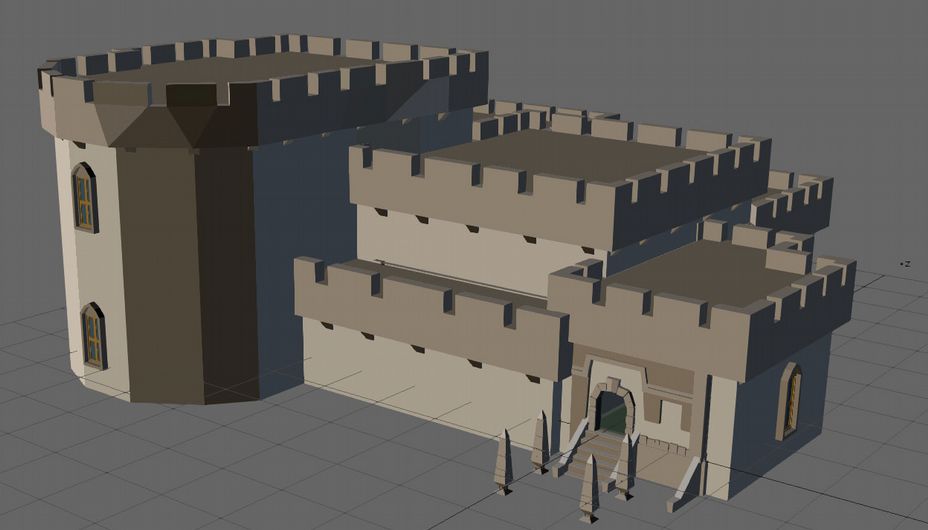 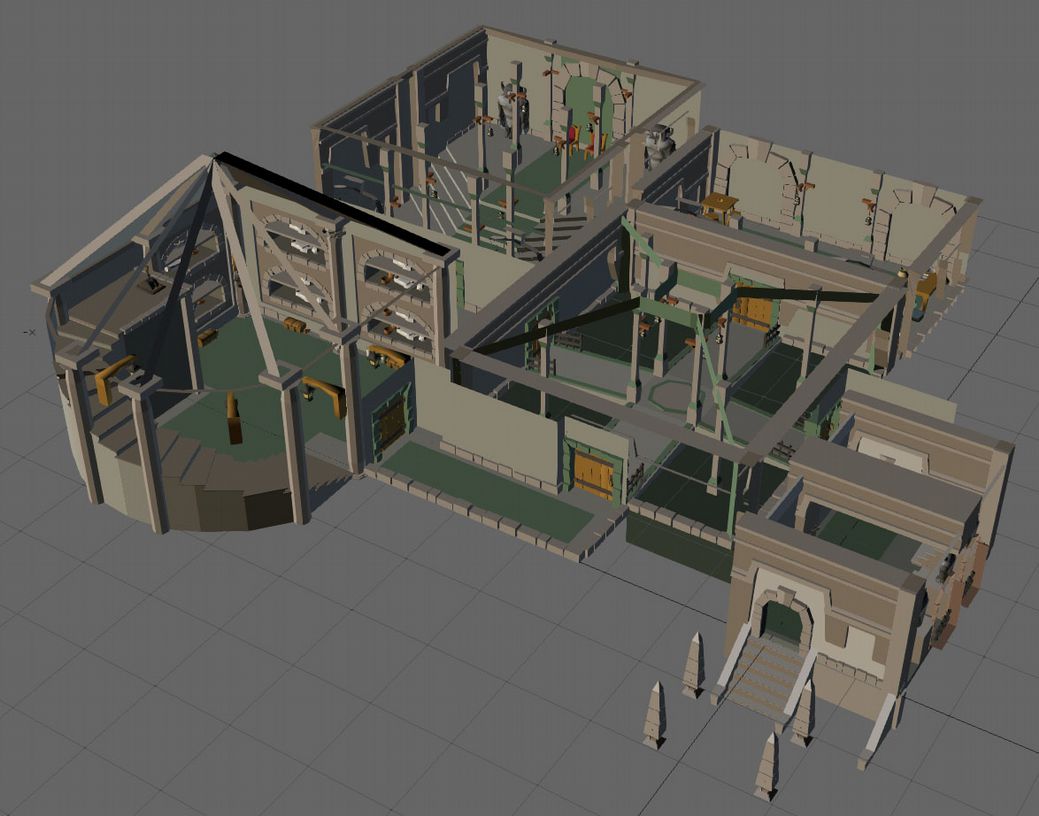 This is the first of what will be ten dungeons to roam around in, neatly built around the objectives needed. Not too long, not too short, and the fights will be as brief or as long as they need to once testing comes to play. 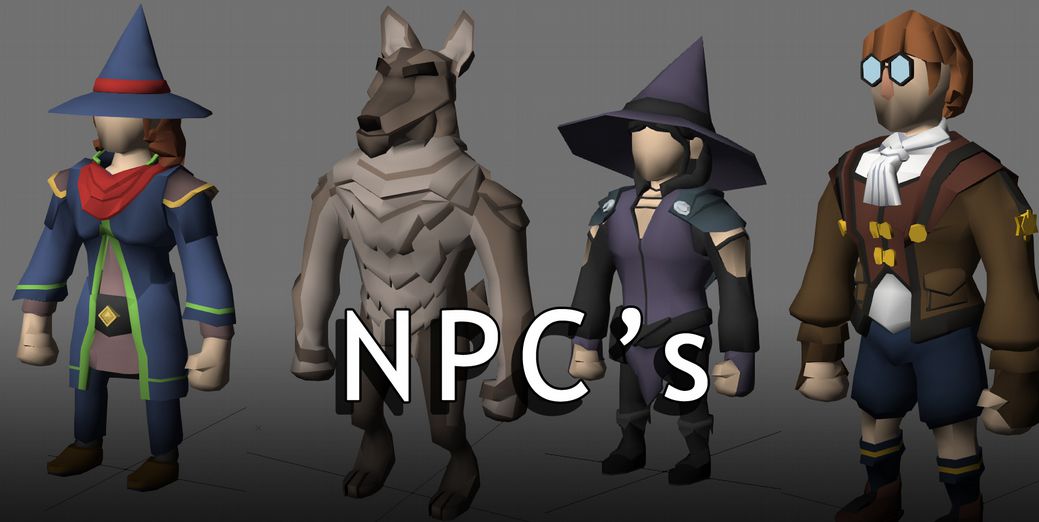 SINCE WE LAST SPOKE…

The game has gotten a large cast of non-playable characters(enemies included) added to the resource libraries. Some appear in towns for the private beta, but most we’re still finding places for as the project takes a temporary right-hand turn into the first main quest arc. Here is just a small dosage of what is currently out there: 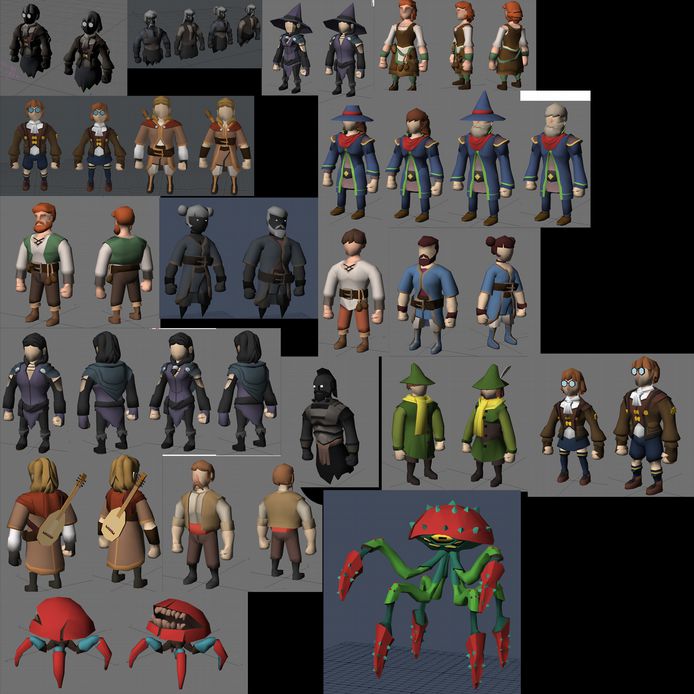 Up until now, I have been purely working as a modeler on Hedra, but because end-game content requiring custom animation rigs puts us outside of the time budget-production-wise, I’ve switched to animation! Basically, from here on out, I’ll be working on the bosses and new creatures going into the game within the scope of the main quest arc, which encompasses a Lich giving four parts of his horcrux/phylactery to fourish(?) multiverse lords in exchange for them having a stake in the material plane real-estate. This of coarse causes all sorts of issues and is the reason why you(hero) is in this twisted little world. Well enough of that… 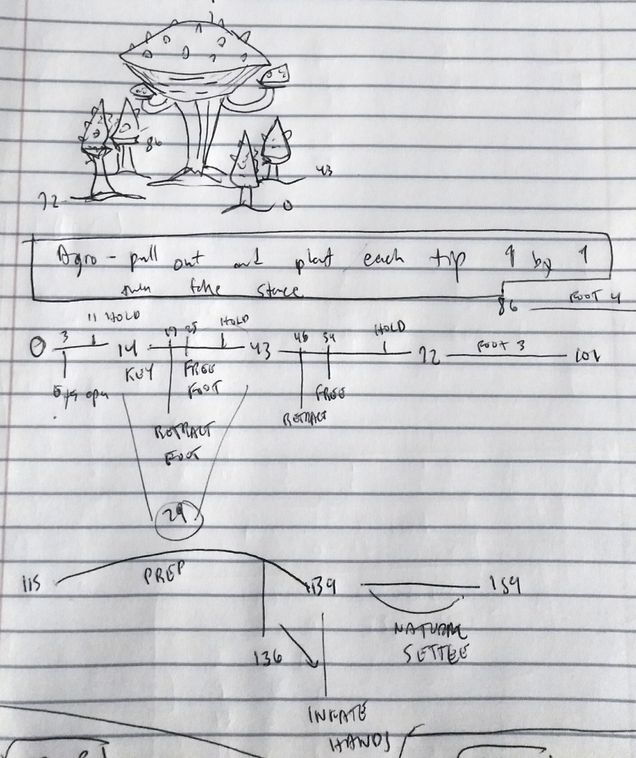 Animation starts a bit like this… The old tradition of studying time divy’d up into frames per second like the old masters like Tex and Walt used to do, before a modeling program is even touched.

Notes are paired with concept art to give me a visualization of how a creature should move. As such, those notes correspond to the first of four main quest bosses, Azathul the Miconian. 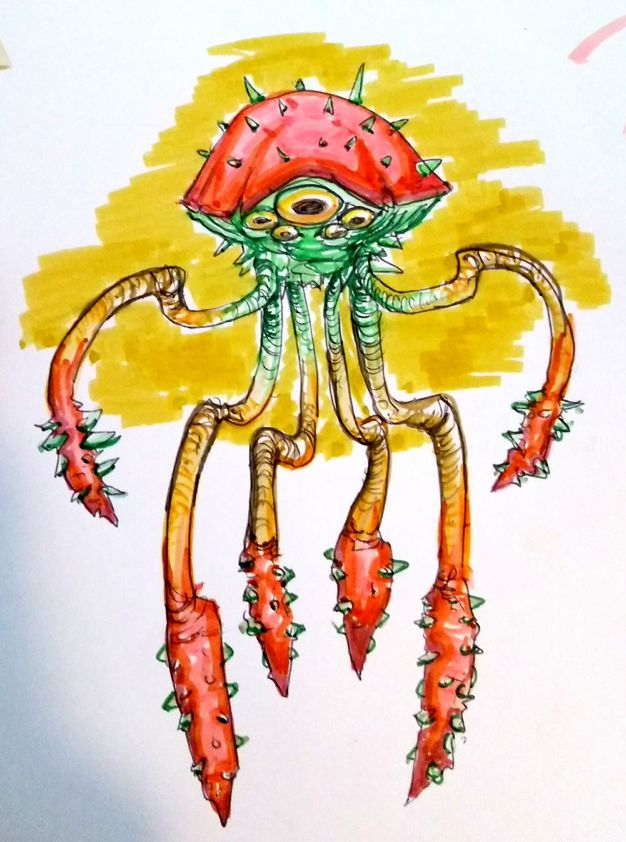 You remember what he looks like from the npc preview sheet right? He’s this guy: 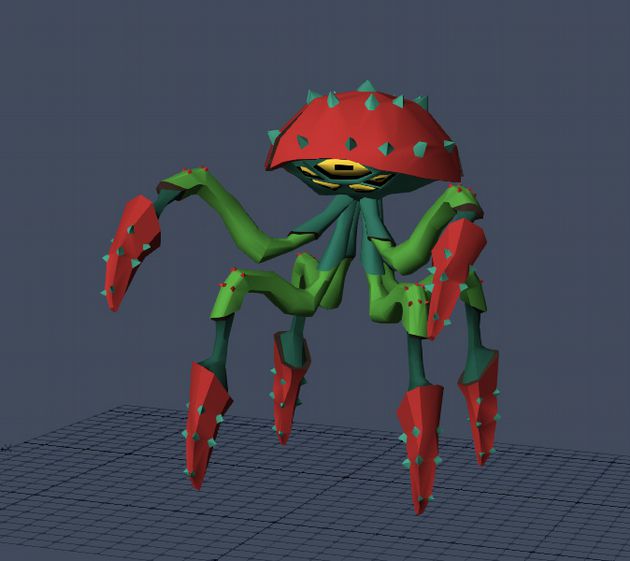 Anyways, after conceptualizing, frame-direction, and modeling, then it’s rigging so all of that written down data can be quickly animated. A skeleton, plus handles, is below for one of the fungal biome creatures: This doesn’t include conversions to motionbuilder, blender, then cleanup of conversion artifacts, and then the final DAE output that the game uses. As you can see, THERE ARE A LOT OF STEPS just to get just one character in the game, and that’s before Zaph scripts it in with C#. 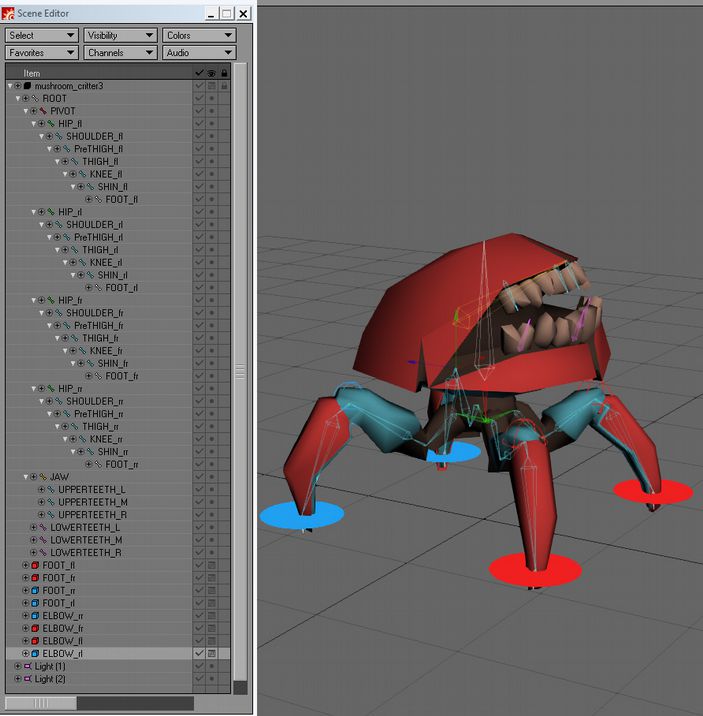 As of the end of September and beginning of October 2019, it has been agreed that to tie the game together and ultimately make everything worthwhile, we needed to develop a basic motif for gameplay, not just infinite grinding and survival. 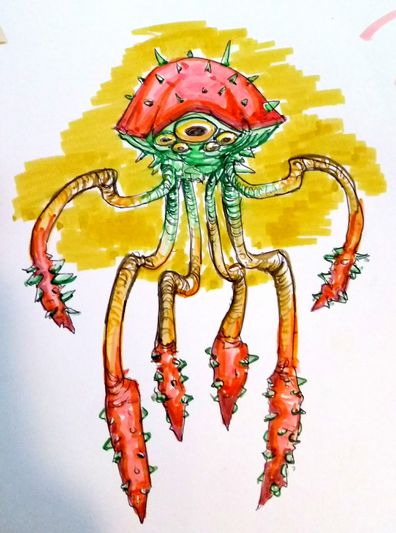 As I said earlier, this is broken down into for monstrous creatures, each with a shard of the soul of a lich that is plaguing the land with undead and whatnot. The four lords are: 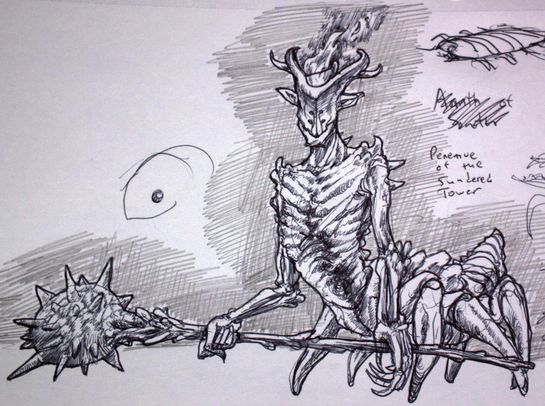 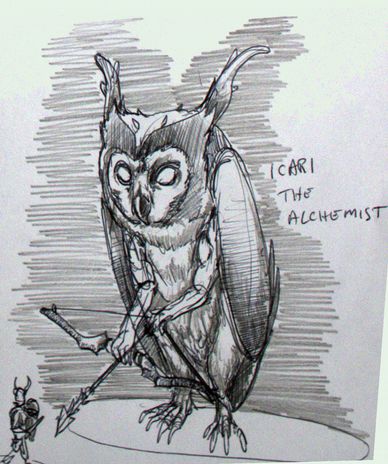 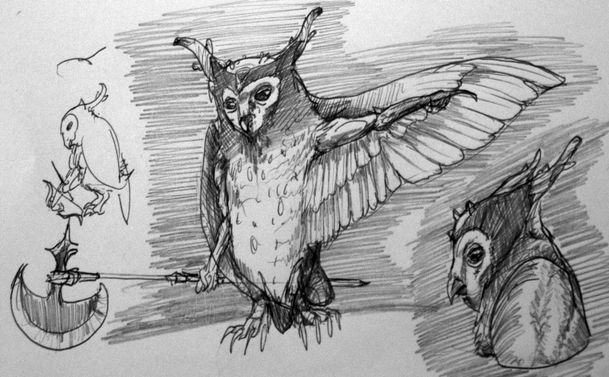 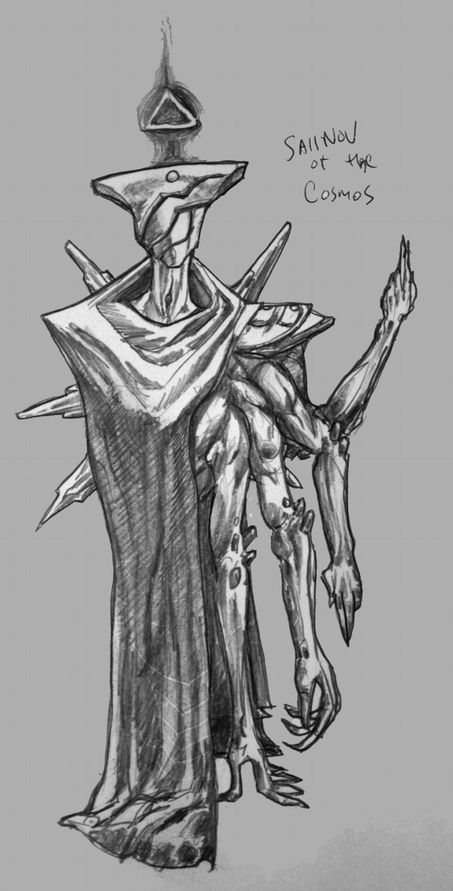 …and Saiinov of the Cosmos, forlorn deity of a now dead planet. 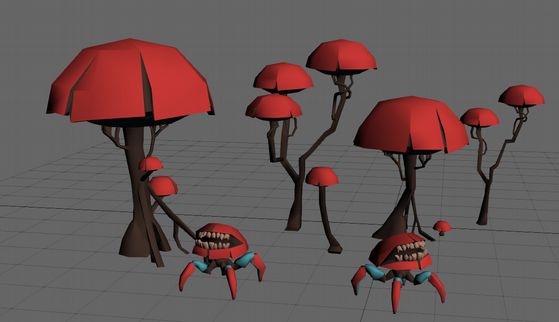 Each boss creature will have its own mini biome rich with localized creatures and foley. For instance, these trees and critters from Azathul’s biome: 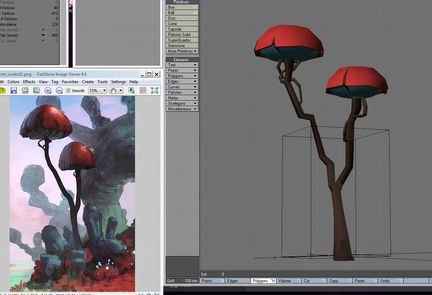 That ends this summary of what’s been going on over the last half year of so on the art front. If you want to see more, lurk the discord. We appreciate guests.